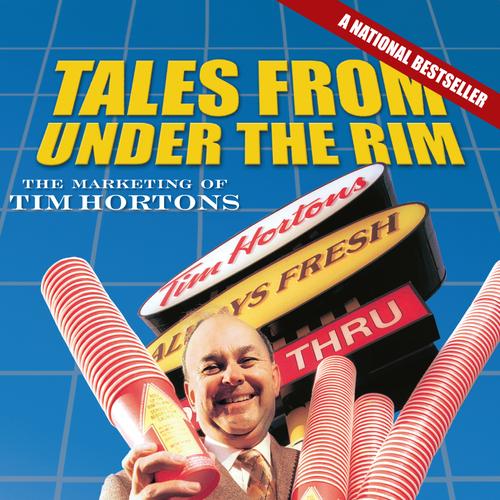 Tales from Under the Rim

'On a Rrrroll! You may not be familiar with Ron Buist, but you know his handiwork.' — The Ottawa Citizen.

Tales from Under the Rim is a behind-the-scenes look at a simple business that became a Canadian icon. Tales from Under the Rim chronicles the rise of Tim Hortons, from its humble beginnings to a national institution. The recipe was simple: it took 'one hockey player, one favourite barber shop, one former drummer, and one police officer' plus 'the luck hard work brings' to transform a once unknown donut shop into one of Canada's leading franchise operations.

In this bestselling business memoir, Ron Buist shows how Tim Hortons became a second home to millions of Canadians. It includes the grass-roots marketing strategy that defined the early years, the Tim Hortons habit of listening to customers, and the whole story of Roll Up the Rim to Win, the no-frills contest that has become a defining feature of Canadian life.