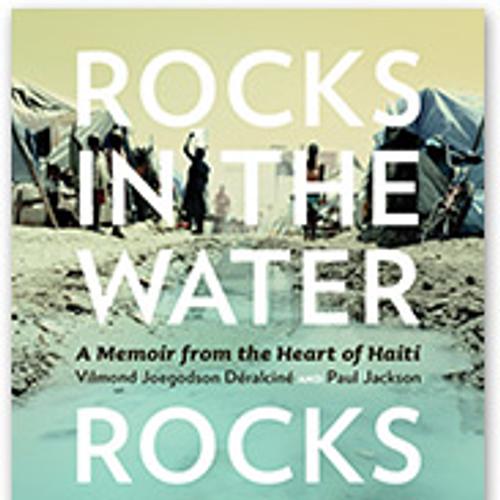 When Joegodson Déralciné was still a small child, his parents left rural Haiti to resettle in the rapidly growing zones of Port-au-Prince. As his family entered the city in 1986, Duvalier and his dictatorship exited. Haitians, once terrorized under Duvalier’s reign, were liberated and emboldened to believe that they could take control of their lives. But how? Joining hundreds of thousands of other peasants trying to adjust to urban life, Joegodson and his family sought work and a means of survival. But all they found was low-waged assembly plant jobs of the sort to which the repressive Duvalier regime had opened Haiti’s doors—the combination of flexible capital and cheap labour too attractive to multinational manufacturers to be overlooked. With the death of his mother, Joegodson was placed in his uncle’s care, and so began a childhood of starvation, endless labour, and abuse.

In honest, reflective prose, Joegodson—now a father himself— allows us to walk in the ditches of Cité Soleil, to hide from the macoutes under the bed, to feel the ache of an empty stomach. But, most importantly, he provides an account of life in Haiti from a perspective that is rarely heard. Free of sentimentality and hackneyed clichés, his narrative explores the spirituality of Vodou, Catholicism, and Protestantism, describes the harrowing day of the 2010 earthquake and its aftermath, and illustrates the inner workings of MINUSTAH. Written with Canadian historian Paul Jackson—Joegodson telling his story in Creole, Jackson translating, the two of them then reviewing and reworking—the memoir is a true collaboration, the struggle of two people from different lands and vastly different circumstances to arrive at a place of mutual understanding. In the process, they have given us an unforgettable account of a country determined to survive, and on its own terms.