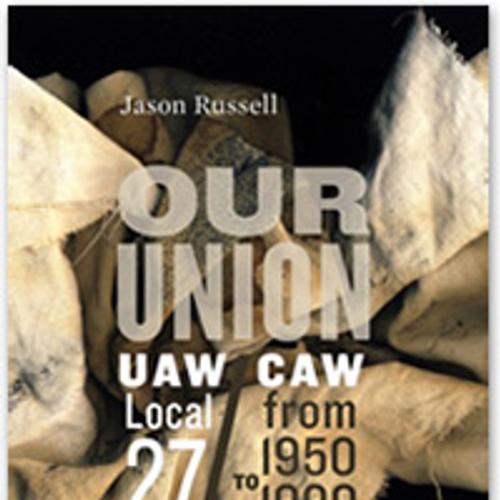 The post-war period witnessed dramatic changes in the lives of working-class families. Wages rose, working hours were reduced, pension plans and state social security measures offered greater protection against unemployment, illness, and old age, the standard of living improved, and women and members of immigrant communities entered the labour market in growing numbers. Existing studies of the post-war period have focused above all on unions at the national and international levels, on the 'post-war settlement,' including the impact of Fordism, and on the chiefly economic issues surrounding collective bargaining, while relatively scant attention has been paid to the role of the union local in daily working-class experience.

In Our Union, Jason Russell argues that the union local, as an institution of working-class organization, was a key agent for the Canadian working class as it sought to create a new place for itself in the decades following World War II. Using UAW/CAW Local 27, a broad-based union in London, Ontario, as a case study, he offers a ground-level look at union membership, including some of the social and political agendas that informed union activities. As he writes in the introduction, 'This book is as much an outgrowth of years of rank-and-file union activism as it is the result of academic curiosity.' Drawing on interviews with former members of UAW/CAW Local 27 as well as on archival sources, Russell offers a narrative that will speak not only to labour historians but to the people about whom they write.