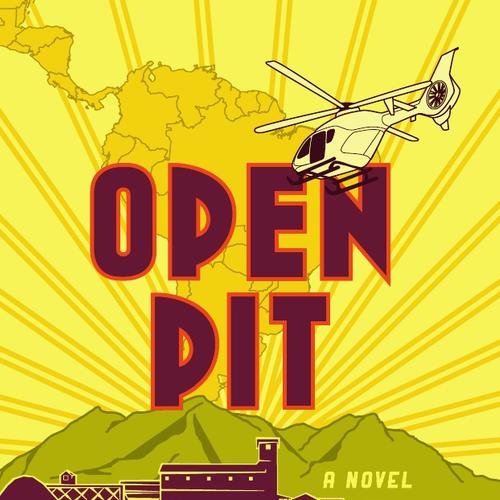 El Salvador, 2005: a group of Canadian human-rights activists are taken hostage by a former revolutionary fighter who demands that a new gold mine stops production. For Danielle Byrd, the situation is all too familiar, as she was there twenty years previously as an embedded journalist with a guerrilla faction during the country’s civil war. Now, her daughter Aida must herself travel to the scarred landscape and choose her allies carefully if she wants to see her mother alive once more.

With character-driven action and imagery reminiscent of Georges Arnaud’s The Wages of Fear and a complex plot that recalls John Le Carré’s The Constant Gardener, Open Pit explores the legacy of violent conflict in a complex, shifting present.

'There's no question that Pigeon knows of what she writes, and she cares deeply about human rights and complicated environmental issues... Open Pit has the saving grace of being about something- the difficulties of indigenous people who must confront the combined power of their own governments in league with Canadian mining companies.'
~ Cherie Thiessen, BC Bookworld

'Open Pit contains brutality, violence, destruction of trust and seeming collaboration, all painted in many more shades of grey than a typical political novel. When personal goals do not fully match political goals, things get murky, and motivation and dramatic irony muddy the waters further.'
~ J.C. Sutcliffe, Slightly Bookist