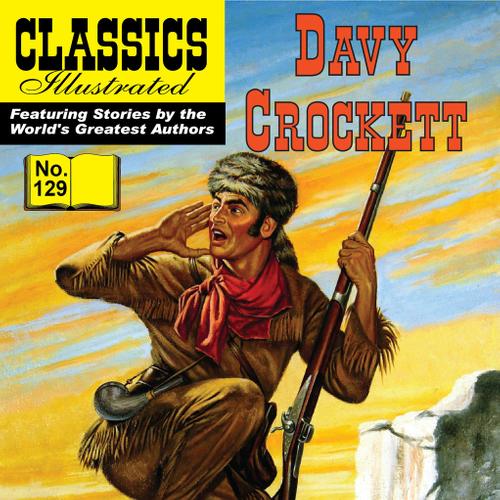 An American frontier hero, Davy Crockett wasn't just a frontier survivalist and expert hunter, he was also a soldier and an American Congressman. While alive, Davy inspired the adventurous spirit, not only of American patriots, but people around the world. His legend and inspiration has lived on for over a century and a half. This Classics Illustrated book presents the true biography of Davy Crockett - learn how this young run-away survived alone in the wilderness and grew to be the heroic Congressman who had the guts to stand up against his own President for the rights of Native Americans and bravely defend his young country in the Spanish-American war.

From its beginnings in the 1940’s to today, Classics Illustrated continues to encourage a love of reading and adventure in youthful minds through beautifully-illustrated comic book adaptations of the world’s most beloved stories by the world’s greatest authors.

A collection of Classics Illustrated books is an inviting start to any young person’s library.